Posted About Two Months Ago by SONYA ELLISON

Bath PD Need Public’s Help Identifying Vandals
Bath Police are asking for help from residents in identifying whomever is responsible for vandalizing a school building and the Fire Department with spray paint. The initial incident at the Fire Department happened around 3:30am on July 6th. A surveillance photo of the suspect (below) has been distributed by police. 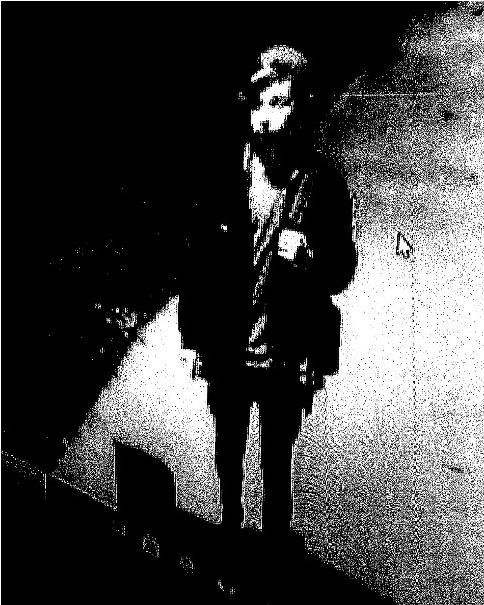 County Offering 4 Pistol Permit Safety Courses from July to October
The Steuben County Sheriff’s Office announced 4 upcoming Saturday pistol permit safety courses at the County Public Safety Building on 7007 Rumsey Street Extension in Bath. All attendees must be at least 21-years-old and never convicted of a felony as well as either Steuben County residents, landowners or primarily employed in the county. Those passing the written exam and complete a practical exercise will receive a certificate of training, which can then be used to apply for a pistol permit through the county (which available through the Clerk's Office). These sessions do not have a lunch break, so attendees are encouraged to bring snacks and drinks. No live ammunition is allowed in the classroom. All attendees must be pre-registered and receive confirmation to attend. To reserve a spot, call Terri Moir at 607-622-3930 or email TMoir@steubencountyny.gov.
The scheduled sessions for the rest of 2021 are:

Allard Says County’s Addiction Recovery Seeing Setbacks
Efforts at the Steuben County Jail to assist inmates’ recovery from addictions received a serious setback during the past 1.5 years, according to county Sheriff Jim Allard. During Allard’s report on Monday to the county Legislature’s Public Safety and Corrections Committee on his department’s goals, he said the jail’s program had successfully aimed at evaluation, daily counseling and recovery follow-throughs. However, the state’s pre-bail reform law and COVID-19 restrictions put many of the recovery efforts on hold. Allard also noted “Now, post-bail reform means all drug charges except an A1 Felony of trafficking over $75,000 are mandatorily arraigned and released.” Allard  said the population they were treating before bail reform and the pandemic no longer has that opportunity to access the jail’s addiction treatment program. Allard warned a bill awaiting Governor Cuomo’s signature would require county jails to assist in the medical treatment of those addicted to opiates with annual county costs estimated to be as high as $75,000 in prescriptions alone.

Urbana's Bridge & Boardwalk Construction Could Start in August
It’s been a long time in the making, but a proposed project in Urbana is starting to take shape. The plan is to construct a bridge and boardwalk from Depot Park to Champlain Beach. Deputy Town Supervisor Jim Presley says things are starting to move forward with construction beginning possibly next month.

BEGWS Starts Fixing West Morris St. Water Leak Tomorrow Night
During routine leak surveying activities, Bath Electric, Gas and Water Systems recently located a water leak on West Morris Street at State Route 415. The utility says to minimize the disruption to businesses and residents to the extent possible, along with vehicular and pedestrian traffic, they will be mobilizing at approximately 10:00pm on Thursday and plan to work through the night and into Friday morning. The repair work may leave commercial and residential customers without water for a short period of time. Additionally, as a result of the repair activities, there will be a high potential for dirty water. The utility asks all water customers in this area, those located both on and off of West Morris Street/State Route 415, along with those located nearby on and off of West Washington Street, to avoid running hot water and avoid washing whites until the repair is complete and water service is restored.

NY’s Statewide COVID Positivity Rate Continues to Rise
More disturbing news on the COVID front in New York; The statewide 7-Day positivity rate has increased again…it’s now at 0.93%. Hospitalizations and those admitted to the ICU have also increased as well. In the Southern Tier, the positivity rate has been a rollercoaster, currently at 0.51%.

SNAP Recipients to Get Maximum Allowable Food Benefits This Month
Governor Cuomo announced that all New Yorkers enrolled in the Supplemental Nutrition Assistance Program will receive the maximum allowable level of food benefits for July. The agency is also working with the federal government to ensure this aid, which has brought in more than $2.5 billion in food assistance to New Yorkers since the onset of the COVID-19 pandemic last year, will continue beyond July. Nearly 1.6 million households in New York State will receive the supplemental benefits later this month, which will result in the state receiving roughly $200 million in federal assistance.