County Tax Rate May Increase if State Can’t Fund Mandates
This week, Steuben County approved its 2019 budget worth $191 million and a tax rate of $8.25 per $1,000 of assessed value. The new calculated tax rate may now be $0.19 cheaper than in 2018 but Steuben County Legislature Finance Committee Chairman Scott Van Etten says this could change depending on if New York State keeps its promise to offset projected increases for the courts and law enforcement. If everything goes as planned, New York would pay about $2 million to Steuben County toward extra costs for providing legal counsel for the indigent and re-housing young inmates as part of the “Raise the Age” law.

Hornell Court House to be Auctioned Next Week
The old Hornell Court House on Maple City Drive became vacant last year and now will be up for auction next week. The building that formerly held offices of the Department of Social Services as well as the Department of Motor Vehicles, had been approved by a measure of the county legislature to go to auction since it stopped being used for government purposes. The final auction date is set for December 7th at noon on the steps of the old court house.

County PS&C Committee Meets Monday
When the Steuben County Public Safety and Corrections Committee meets the morning of Monday December 3rd, many topics are up for discussion on the agenda. The Sheriff’s Office will be seeking commendations and Acceptance of Uniform Bid while County Public Defender Shawn Sauro will be presenting the CAP Plan. Tim Marshall from the Emergency Management Office will present the Approval of Burn Building Bid and the County 911 Office will address Code Red Renewal, UPS Maintenance Renewal and Regional Phones Solution Discussion. The monthly meeting is this coming Monday at 9:00 a.m. in the Legislative Committee Room of the Steuben County Office Building.

Steuben Public Works Committee Meets Monday
Steuben County Public Works Committee meets Monday morning December 3rd at 10:00 and multiple projects will be presented for Highways and Bids. Topics up for discussion include construction of bridges over County Route 22 and 119 both over the Canisteo River in Cameron, Transfer of $50,000 worth of funds from County Route 25 Permanent Improvements to Diesel Fuel, Transfer of $14,000 of funds allocated from Minor Equipment to Major Equipment and more. The Committee meets at the the Legislative Committee Room in the Steuben County Office Building.

Canisteo Man Arrested Following Domestic Dispute
Canisteo police say a man was arrested for kicking officers when they responded to a domestic dispute recently. 25-year-old John Kinne of 40 East Main Street in Canisteo was charged with disorderly conduct, resisting arrest and harassment in the 2nd degree. No injuries were reported. Kinne was arraigned in Canisteo Village Court and initially remanded to the Steuben County Jail in lieu of $500 cash bail.

Bath Man Wanted for Failure to Appear
Bath Village Police are looking for a Bath man after he failed to appear in court. Justin J. Snyder, age 29 of Roosevelt Avenue, had two appearance tickets for Conspiracy in the 4th degree and Tampering with Physical Evidence, both Class E Felonies, stemming from arrests for a Burglary in the Town of Cameron and Robbery in the Village of Bath back in October. The Bath Police Department says not to attempt to apprehend Snyder but contact them at (607) 776-2175. 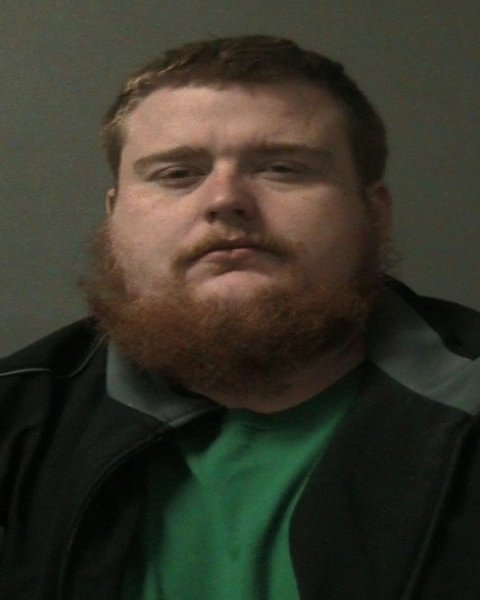