Hornell One of 3 Valu Home Center Locations Closing
Buffalo-based home improvement retailer Valu Home Center says that the Hornell location is one of three underperforming stores that are being shut down, along with the Springville and Geneva locations also closing. The privately-owned company began a liquidation sale this week and says the closings are occurring as a result of customers moving from brick-and-mortar shopping to online. There are currently 38 Valu Home Center locations in New York and Pennsylvania. 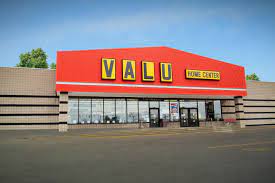 Arnot Files Suit About Chemical Dependency Funds Against NY DOH
Earlier this year, Arnot Health, and two other New York hospitals filed a lawsuit against the New York State Department of Health regarding a lack of Medicaid reimbursement funding for their respective Chemical Dependency Units. The 3 plaintiffs say the base reimbursement was set 15 years ago in 2005. Since, the treatment for chemical dependency has changed significantly, especially after the opioid epidemic. Arnot is asking for more money from the state for treatment of chemical dependency. According to the lawsuit, under New York State Health Law, petitioners claim they need state funds to adequately and efficiently run their specialized units that are licensed by New York State. The lack of funding creates difficulty in keeping up with new substance abuse treatments and puts the burden of payments on the provider and patients. Yesterday, New York and two other states announced a $4.5 billion settlement with Purdue Pharma for contributing to the nation’s opioid addiction crisis.

County Route 21 Closing July 21st
The County Route 21/Canisteo-Rathbone Road bridge in the Town of Canisteo, will be closing for construction. The bridge is scheduled to close on July 21 for approximately seven weeks with an onsite detour. The bridge will be removed and replaced with a new concrete box structure.

9 More Steuben County Residents Test Positive for COVID
The Steuben County Public Health Department received notification that nine more County residents tested positive for COVID-19 since Thursday’s update. This brings the total to 6,967 confirmed cases, 15 of which are currently active. The individuals are residents of Painted Post, Town of Hartsville, City of Hornell, Village of Hornell and town Greenwood. Public Health Director Darlene Smith says none of the positive cases included have been vaccinated.

NY No Longer Requiring Face Masks in Summer School
New York no longer requires students to wear face masks in summer school. The Department of Health (DOH) released new guidance suggesting they would treat school programs like summer camps—encouraging face masks without mandating them. A spokesperson with the Department of Health (DOH) says the new guidance was included in three updates they sent to schools and educators this week. Districts also no longer need to report daily to the COVID-19 Report Card.

National Warplane Museum Air Show Returns to Geneva
The National Warplane Museum’s annual airshow in Geneseo is getting ready to take off once again. Grounded by the pandemic last year, the show returns Saturday and Sunday. This year’s show will feature an F-22 Raptor demonstration. Officials say it’s the most powerful, most maneuverable aircraft the military has ever flown. This weekend’s show will also feature the famous “Whiskey 7”. The C-47 WWII-era plane served as the lead aircraft in the second wave on D-Day. Gates open at 9 a.m. Saturday. For more information or to purchase tickets, go to nationalwarplanemuseum.com.

NY State’s Daily COVID Report
The number of people hospitalized for COVID in New York has dropped by seven, and now stands at 347. However, patients in Intensive Care ticked up by three to 80. Three more deaths were also reported, bringing the statewide total to more than 43,000.

Cuomo Says NY Will Explore Green Hydrogen for Decarbonization
Governor Andrew Cuomo has announced that New York plans to explore the potential role of green hydrogen as part of the State's comprehensive decarbonization strategy. To support this effort to study green hydrogen and its possible applications, the state is collaborating with the National Renewable Energy Laboratory, joining two hydrogen-focused organizations to inform State decision-making and making $12.5 million in funding available for long duration energy storage technologies and demonstration projects that may include green hydrogen.