Sweet Confirms Amazon is Coming to Bath
Mayor Mike Sweet confirmed Amazon will be coming to Bath today at his first Coffee With the Mayor session at Chat-A-Whyle restaurant this morning. Despite rumors that the Amazon deal fell through, Sweet says the delivery chain has secured its building permit and will be coming to the old Mercury plant behind Simmons-Rockwell on State Route 54. Sweet says the company will hire 100-150 full-time employees and up to 250 part-time workers. 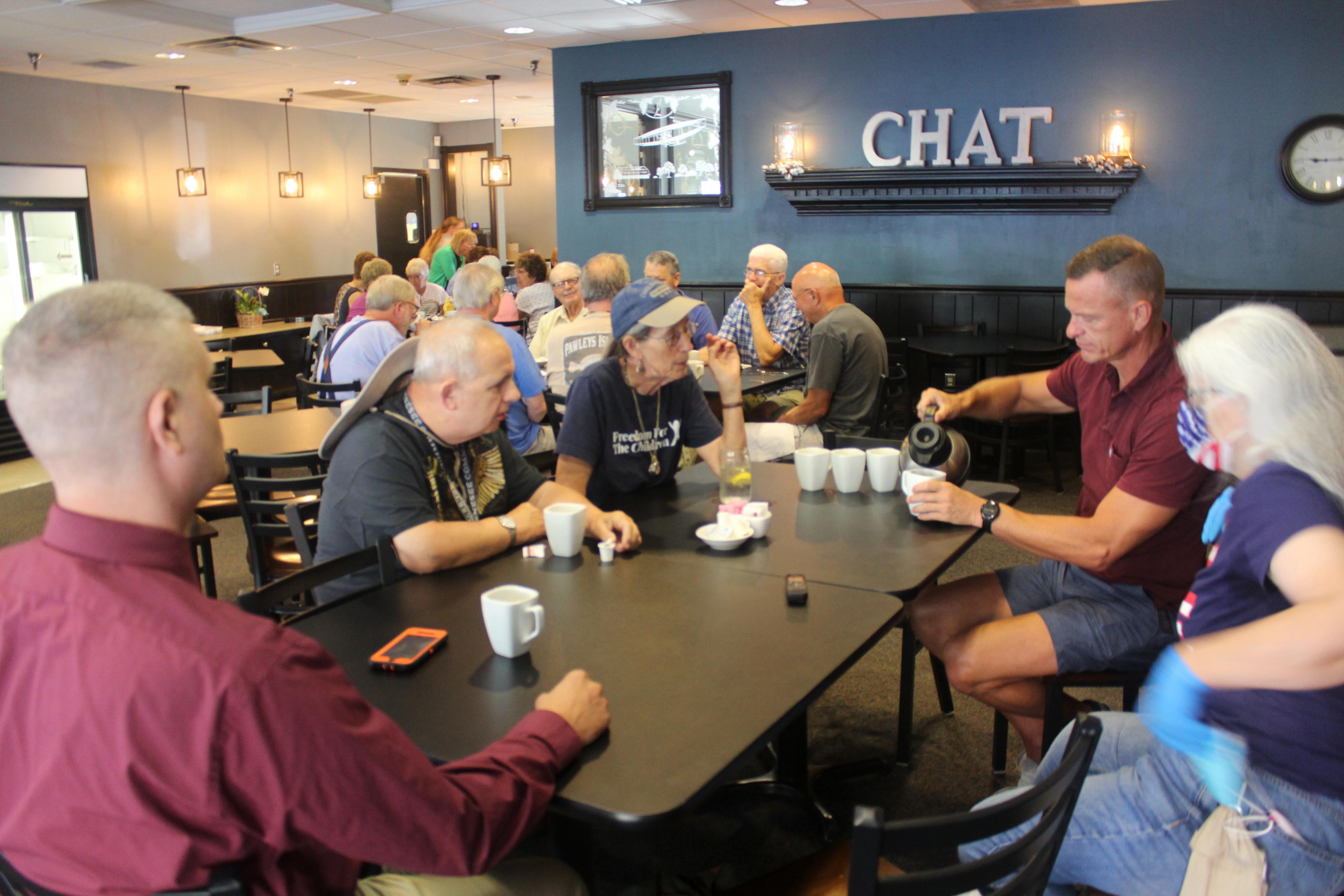 Sweet Talks Sidewalks at Coffee With the Mayor
At Coffee With the Mayor this morning, Sweet talked more about the state's ongoing sidewalk project on Washington Street and on State Route 54. He said that the issue with the sidewalk paving on Route 54 and Geneva Street is that mailboxes must be moved and driveways must be shut off, which is what is taking so much time and there is not much the Village can do about it. Sweet said to expect some inconveniences when traveling there for at least the next 2 or 3 weeks. The Mayor said he did not know what the targeted completion date is but expects the project to be done likely by November 1st.

Taft Says Bath’s Community Service Program Now Fully-Funded
Bath Police Chief Colin Taft joined Mayor Mike Sweet for Coffee With the Mayor at Chat-A-Whyle this morning and spoke about how after a decade of being out-of-order, the Community Service Program has now been fully-funded with the help of Mayor Sweet. Taft reports downtown is much cleaner thanks to this court-ordered service program. Mayor Sweet says ideally, Liberty Street and downtown should be the cleanest part of Bath.

Bath PD Will Have K9 Purchased by October
Bath Police Department should have a K9 staff purchased by October 1st and the K9 program fully-ready for court testimony by May 1st according to Police Chief Colin Taft. Taft was special co-host for Coffee With the Mayor with Bath Mayor Mike Sweet this morning at Chat A Whyle.

Two Arrested for 2020 Assault With Knife & Car Robbery in Urbana
Steuben County Sheriff's Office announced two recent arrests that stem from a car robbery and an assault with a knife that happened last year. Prattsburgh resident Corey Sloan was arrested June 30th in Danville, Virginia before being extradited back to New York State. Thursday, July 1st, Bath resident Dylan Little was arrested on multiple charges. Deputies say last year both men attacked someone in the Town of Urbana with a knife and robbed the victim, who sustained serious injuries from the incident. Deputies allege Sloan took a vehicle and left New York for another state after the incident. Sloan faces charges of: Robbery, 1st Degree Assault, and Criminal Possession of a Weapon. Little faces charges that include Robbery, 1st Degree Assault, and Criminal Possession of a Weapon. Both were remanded to the Steuben County Jail.