Posted About A Week Ago by SONYA ELLISON

Troopers Respond to Rollover Accident Last Night on CR 11
Early last evening, New York State Police responded to a rollover accident on County Route 11 in the Town of Bath. The Bath Volunteer Fire Department was dispatched at 6:09pm to a one-car rollover near Wilber Road. Two men were able to exit the vehicle, one with serious injuries that required a medical helicopter and was carried to Strong Memorial Hospital in Rochester for a lower body injury. The second passenger was treated for minor injuries. No arrests were made in connection with the crash as the New York State Police report this accident is under investigation. 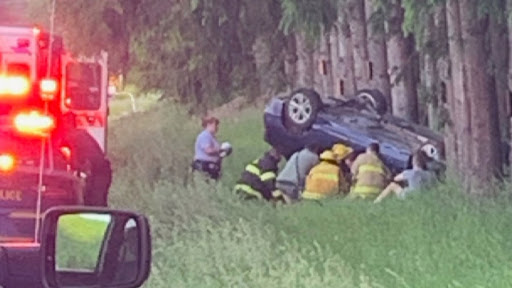 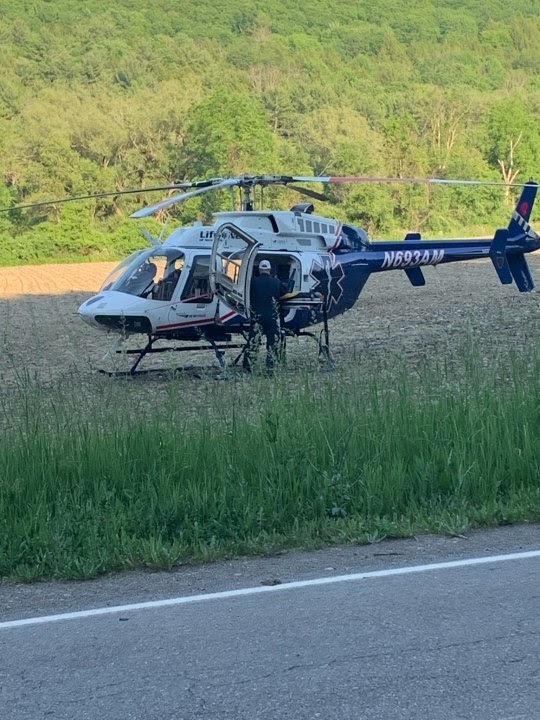 County Traffic Safety Board Meets Friday June 18th
The Steuben County Traffic Safety Board will be meeting Friday, June 18th. The agenda is available on the County website at www.steubencony.org.  The meeting will be held in the Legislative Chambers located on the 3rd Floor of the Annex Building for Board Members, Legislators and invited staff only, and will also be held via teleconference for remaining staff, members of the public and the media.

Four Faces Kidnapping Charges After I-86 Chase
Four people are facing kidnapping charges following an incident Sunday on I-86. Troopers from the State Police barracks at Horseheads were dispatched. While searching for the vehicle, information was received by the Chemung County 911 Center that the vehicle was in the town of Horseheads.  Deputies from the Chemung County Sheriff’s Office and Officers from the Horseheads Village Police Department immediately responded to assist.  A traffic stop was conducted on two vehicles and resulted in the several suspects being arrested. Taken into custody – 22-year-old Brandon Measheaw of Chemung, 20-year-old Joseph Mahood of Elmira and 19-year-old Nicholas Gunderman of Chemung. They were charged with kidnapping, robbery, weapons possession and more. Also arrested was 21-year-old Taren Klumpe of Waverly, who was also charged with kidnapping. The victim was located safe, declined medical attention, and was later released.  All four suspects were arraigned virtually and remanded to the Chemung County Jail in lieu of $75,000 cash bail or $150,000 bond.

Cuomo Outlines State Masking Guidelines for Schools
Today in a press briefing, Governor Cuomo outlined the state masking guidelines for schools after Dr. Howard Zucker sent a letter to the Centers for Disease Control and Prevention, saying the state plans to align mask guidance in schools with camps, saying masks would be “strongly encouraged”, including inside buildings.Though local schools planned to move forward with that no-mask policy, a conflicting letter was sent yesterday to the schools from the State Education Commissioner saying schools should continue to require masks “until further notice”, and that the guidance outlined in the letter sent by Dr. Zucker was pending CDC response.  Today, Cuomo said that masks would no longer be required for outdoor activities at schools, but would still be required inside. The governor said there was “no confusion” in the guidance and said the state planned to release updated guidelines today after speaking with the CDC.

NY’s COVID Positivity Rate Drops to 0.52%
New York’s 7-Day average COVID positivity rate has reached a new low. With more than 60 straight days of decline, the rate dropped to 0.52%. Hospitalizations have also dropped to below 900…the lowest level in nearly nine months.

Elmira Man Arrested After Corning Traffic Stop
An Elmira man faces felony and other counts after he was pulled over in the Town of Corning. State Police arrested 25-year-old Jesse Groves. He was charged with four felony counts of first-degree reckless endangerment, driving while impaired by drugs, criminal possession of a controlled substance and reckless driving. He was initially held on cash bail.

Troopers Investigating Allegany County Death & Home Invasion
Troopers and the Bureau of Criminal Investigations (BCI) in Allegany County are investigating a death in the town of Clarksville. Police issued a very thin press release providing no specific details. They said no further information would be issues until a later time. According to Allegany County 911 scanner reports, Troopers were called for a reported home invasion where the homeowner allegedly shot the intruder multiple times. A man was declared dead at the scene. The scene unfolded at 2 a.m. Sunday morning.