2 COVID Vaccine Clinics Open This Week in Bath & Hornell
Steuben County Health Department will have two weekday COVID vaccine clinics open: one clinic at the Hornell Community Arts Center and another at the Civil Defense Training Center in Bath. Both will use the Moderna vaccine for those 18 and up and be open from 10 am - 2 pm, Monday - Friday this week. Walk-ins are welcome or participants can secure an appointment time by pre-registering at www.steubencony.org/covid.

More Information Released on Friday’s Fatal Crash in Big Flats
State Troopers released more information about the serious Big Flats crash on last Friday, April 23rd. State Police say just before 5:30 p.m., they responded to an accident involving an SUV and a motorcycle on Chambers Road. They investigated and found a 2003 Honda motorcycle drove southbound near the intersection of the I-86 westbound ramp as a 2016 Jeep Compass driving northbound attempted turning left onto the westbound ramp as the motorcycle driver identified as Daquan Harrison, hit the passenger side of the Jeep and was pronounced dead at the scene. The driver of the Jeep was sent to Guthrie Hospital. The ongoing investigation continues. To donate to a GoFundMe that has been set up for Harrison's family, click here. 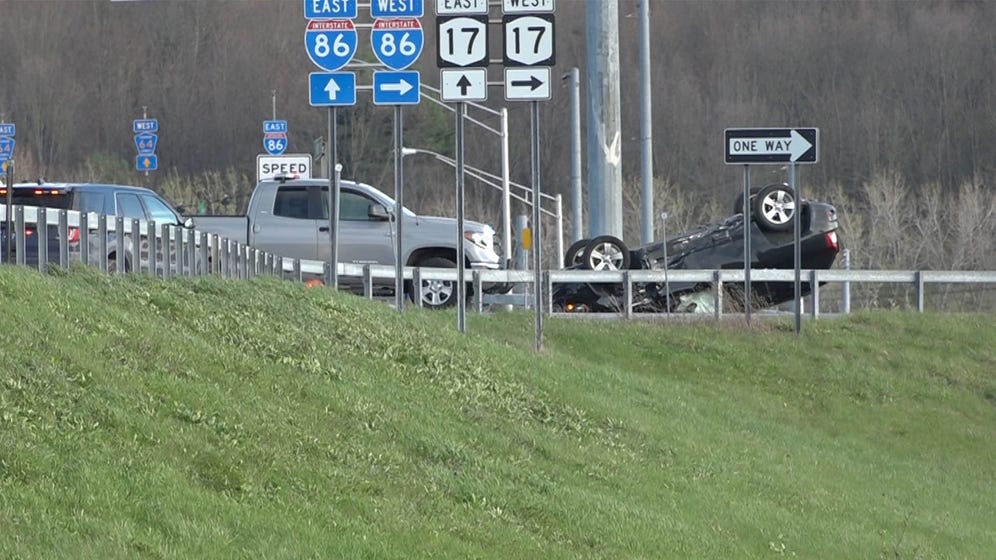 New York to Lose One Congressional Seat from Census
New York will lose one seat in Congress as a result of population shifts… according to census data released yesterday. The state’s population grew by more than 4 percent over the past decade, according to the 2020 census, but that increase didn’t keep pace with big jumps in other parts of the country. New York is one of seven states losing a member of congress as a result of the 2020 census. Five states will gain a seat in congress. Texas will gain two. Preliminary data shows New York was 89 ‘people’ completing and having verified census applications away from maintaining its current level of representation in Washington, D.C.

Early Spring Fishing in NY Begins Saturday
This Saturday, early spring fishing opens across New York State. Fishing can begin for popular cool water fish species such as northern pike, pickerel, and walleye, which is one of New York's most prized fish. As the pandemic continues, New Yorkers are being encouraged to spend more of their time outdoors, which can help slow the spread of COVID and fishing can be a great way to do that. Fishing was called a  "... longstanding and beloved tradition for many New Yorkers, and it is also an important economic driver for communities across the state” by Governor Cuomo.

Bath Man Arrested for DWI
Steuben deputies arrested 24-year-old Joseph Musingo of West Washington Street in Bath. He was charged with DWI and consuming an alcoholic beverage while driving. He’ll appear in village court at a later date.

Campbell Man Arrested After Domestic Dispute
State Troopers arrested 30-year-old Anthony Radka of Campbell. He was charged with felony first-degree criminal contempt and disobeying a court order. Those charges were filed after police investigated a domestic dispute in the Town of Thurston.

Arkport Arrested on Drug Charges After Traffic Stop
Following a traffic stop in Fremont, Troopers arrested 27-year-old Maria Smith of Arkport. She was charged with felony possession of Meth, felony first-degree aggravated unlicensed operation, driving while impaired by drugs and criminal possession of a controlled substance. She was initially detained.