Steuben Reports 69 New COVID Cases & 1 New Death
The County Health Department reports 69 more Steuben County residents have tested positive for COVID-19 since Saturday. 576 cases are currently active out of a total of 2,956 confirmed cases since the pandemic began. The death of an individual who had previously tested positive for COVID-19 was also reported and brings the total number of COVID-19 related deaths in Steuben County to 132. The individual was a 96 year old female resident of Absolut Care Three Rivers.

Flood Watch In Effect Christmas Eve & Christmas Day
A flood watch is in effect for Christmas Eve and Christmas Day. Heavy rain will move into the area Thursday and continue through Thursday night. The rain will fall on a deep snowpack leading to snow melt as the temperatures will be above freezing. This snow melt, combined with 1 to 3 inches of rainfall could cause urban and flash flooding. Flows in rivers may increase quickly and rise above flood stage.

Senator O’Mara Appointed as Top GOP Member on Finance Committee
State Senator Tom O’Mara has been appointed by Senate Republican Leader Rob Ortt as the top Republican member on the Senate Finance Committee. Ortt also reappointed O’Mara as the Ranking Member on the Senate Investigations and Government Operations Committee, a position O’Mara first received in late July. O’Mara welcomed the new assignment to the Finance Committee and said he looks forward to having a direct voice on the legislative committee most responsible for overseeing the adoption of the state’s annual budget and setting the course for New York’s short- and long-term fiscal practices and responsibilities.

Despite COVID, Steuben Legislature’s Fruitcake Giveaway Continues
The annual Steuben County Legislature’s annual Great Fruitcake Giveaway tradition kicked off as the board was set to go into executive session Monday as a masked county Public Defender Shawn Sauro signaled a point of order, rising from his chair carefully set six feet from others and holding a small fruitcake-sized package. Despite the COVID pandemic, the tradition that began in 1991 continues to this year. The giveaway served as a way to pay forward the fruitcake then-county manager Alger bought from then-Legislature Chairman Lynn Morse to benefit the Kiwanis. Alger started the practice and gave it away to then-county Clerk of the Legislature Christine Kane, who gave it away the following Christmas. Over the years, ransoms and bribes and outright theft have occurred resulting in its official ‘Property of Steuben County’ sticker. Sauro was the recipient last year and discovered the fruitcake was gone from his freezer then received an email from county BG Superintendent Eric Rose who returned the cake back to Sauro who gave it back to Eric Rose on Monday. 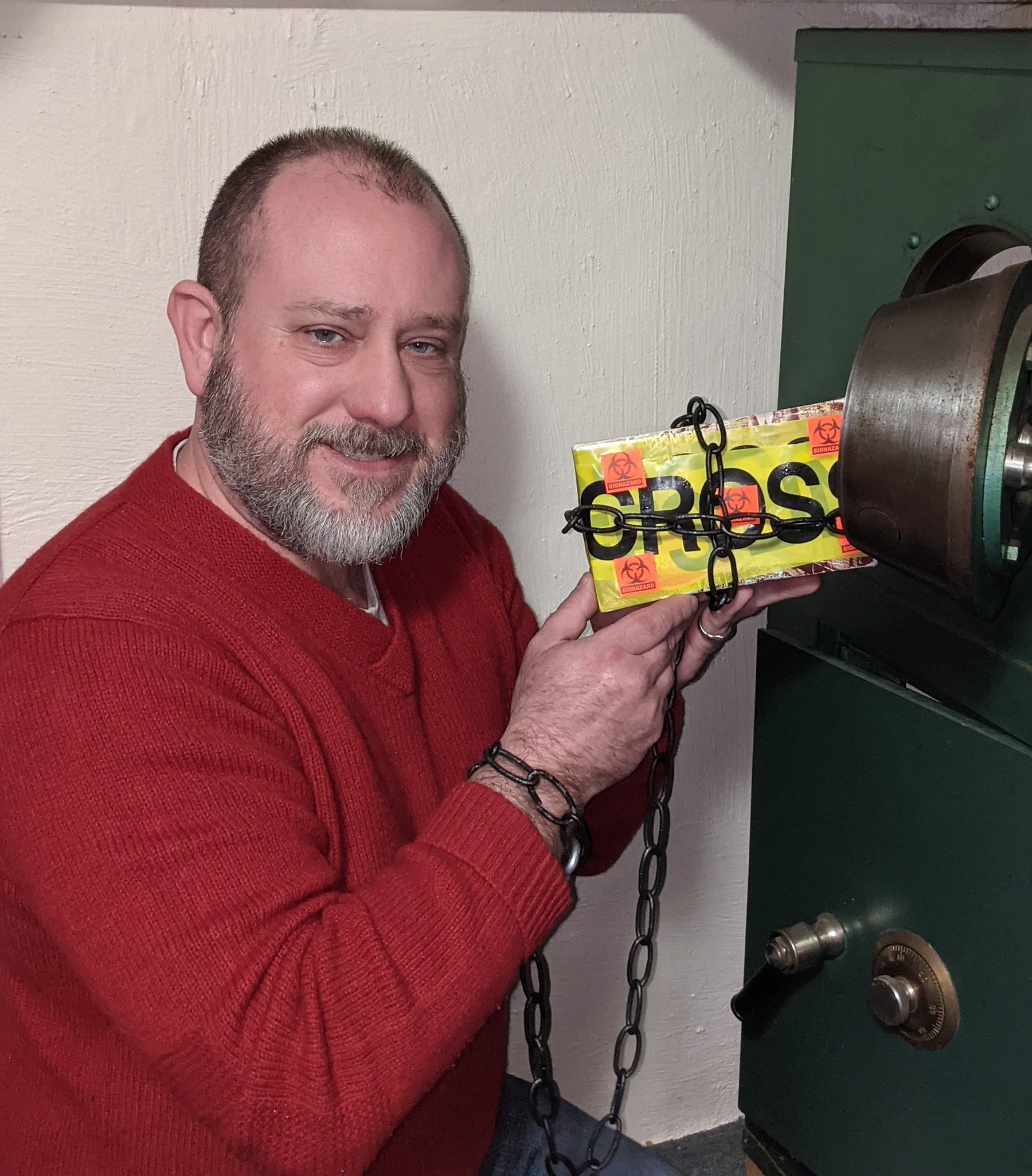