After a massive explosion and fire yesterday afternoon at T & R Environmental Services Haz Mat building next to T & R Towing on Route 415 in the Village of Bath, the investigation continues. The enormous black blaze caused sixteen fire departments to respond and nearby homes to evacuate. Several large fireballs went high into the sky from the exploding barrels of oil in the building. Fred Roberts Auto Parts was also damaged. The blaze took roughly 4 hours to control. 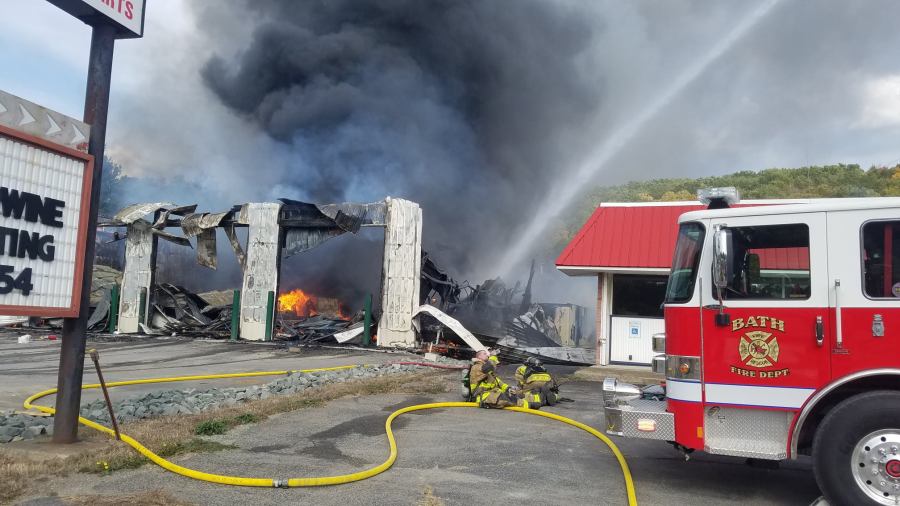 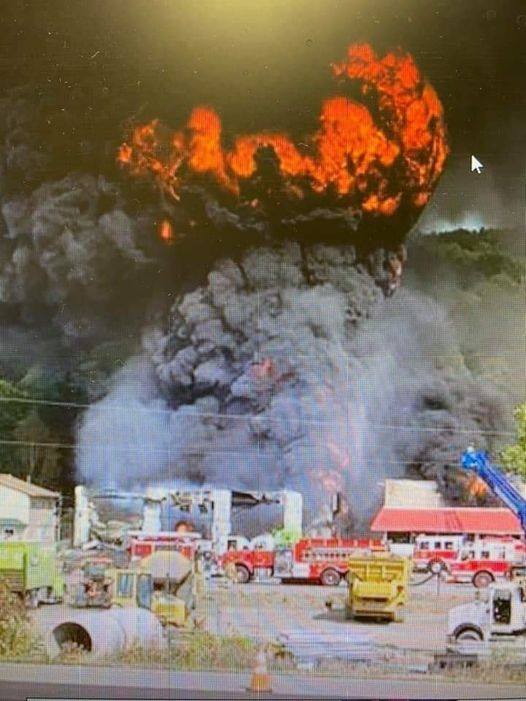 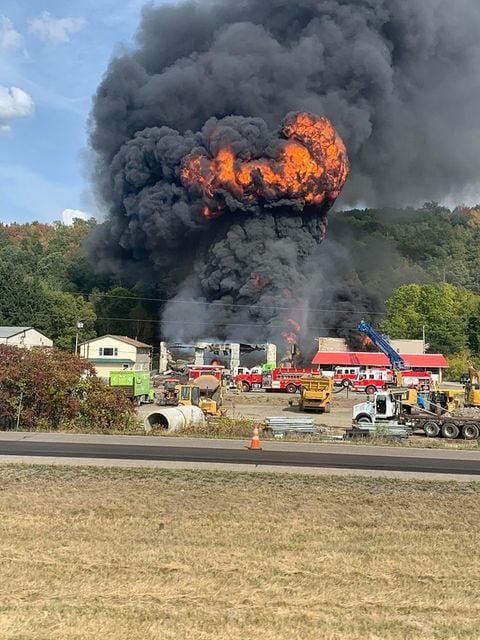 A 32-year-old Bath man was charged with felony counts of criminal sale and possession of a controlled substance. Court action is also pending for several other drug charges against Shane Wood of Delaware Street from recent months. He was released without bail in those cases.

Yesterday, Steuben County Public Health Department reported 32 new cases of COVID-19 countywide and one case includes a Campbell-Savona School student. Out of the 32 cases, 29 are City of Corning residents while other cases are from the towns of Bath, Erwin and Corning. Of the 32 cases, 28 are Corning Center residents or staff. Campbell-Savona students and staff found to have direct contact wiht a COVID-positive student will be notified by the school and quarantined. Any school-related questions will be directed to the district.

Steuben County Emergency officials warn residents that warm temperatures paired with brisk winds and dry conditions can increase the risk of potential wildfires in the county. Emergency Services Director Tim Marshall said the major concern at this time is unprotected timber and brush lots as well as tall, grassy areas. The DEC and local firefighters have been responding to increasing brush fires this past weekend, with many of them caused by careless burning. Residents who camp, hike and hunt are urged to never leave their fires unattended.

The Equality PAC has endorsed Democratic Congressional Candidate Tracy Mitrano in her run for the 23rd Congressional District Seat. Equality PAC helps elect openly-LGBT allies to the US Congress and Senate. If Mitrano wins and unseats Congressman Tom Reed, she would become the first openly-gay woman to represent a New York district in Congress.

Prattsburgh Central School District has been closed for today and according to a Facebook post by School Superintendent Kory Bay it was to work through a situation with the county Health Department. COVID-19 was not mentioned in his statement but Bay did say the district will take every precaution necessary to ensure safety and will release more information as it becomes available. Campbell-Savona Central school is closed for the day also after a student there tested positive for COVID-19.

Congressman Tom Reed said there will be at least one debate with his challenger Tracy Mitrano before the general election on November 3rd. Reed said he never opposed debating Mitrano and took a shot at the Penn Yan Democrat, claiming "You can't trust Tracy." Mitrano said Reed's agreement to a single debate days before the election on October 27th as too little, too late.