Mike Sweet Sworn In As Bath Mayor
Mike Sweet has officially been sworn in as Bath’s new Mayor. He ran his first meeting last night and told the Board of Trustees that one of the top priorities is to attract new business to the village. Karen Causer and Jeff Muller were also sworn in as board members. Other priorities include making Bath a destination point, taking advantage of the tourism trade. In other business, the board also approved Halloween trick or trick being October 31st from 6-8pm. 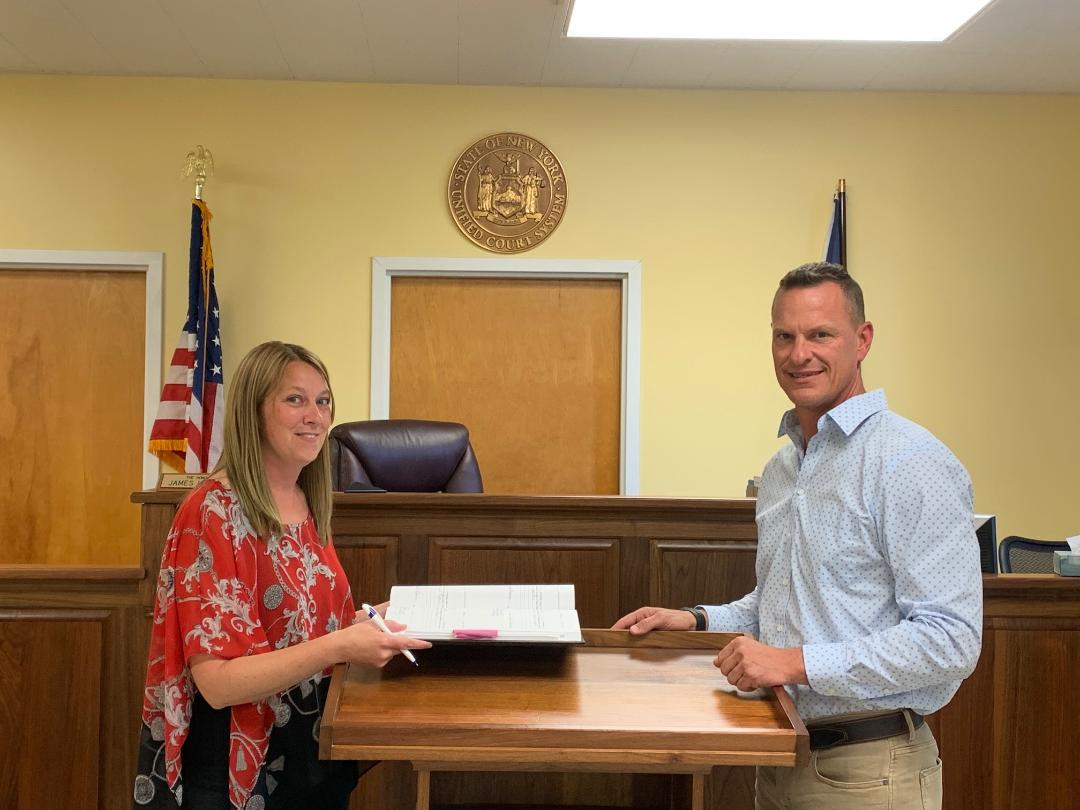 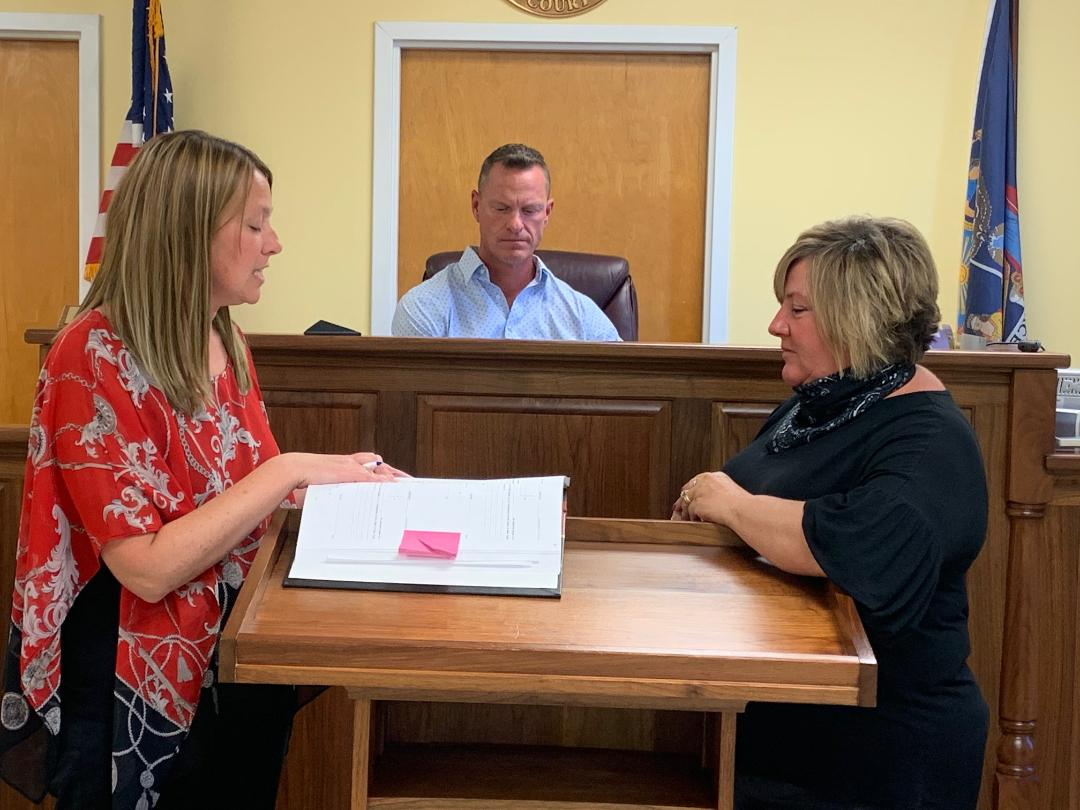 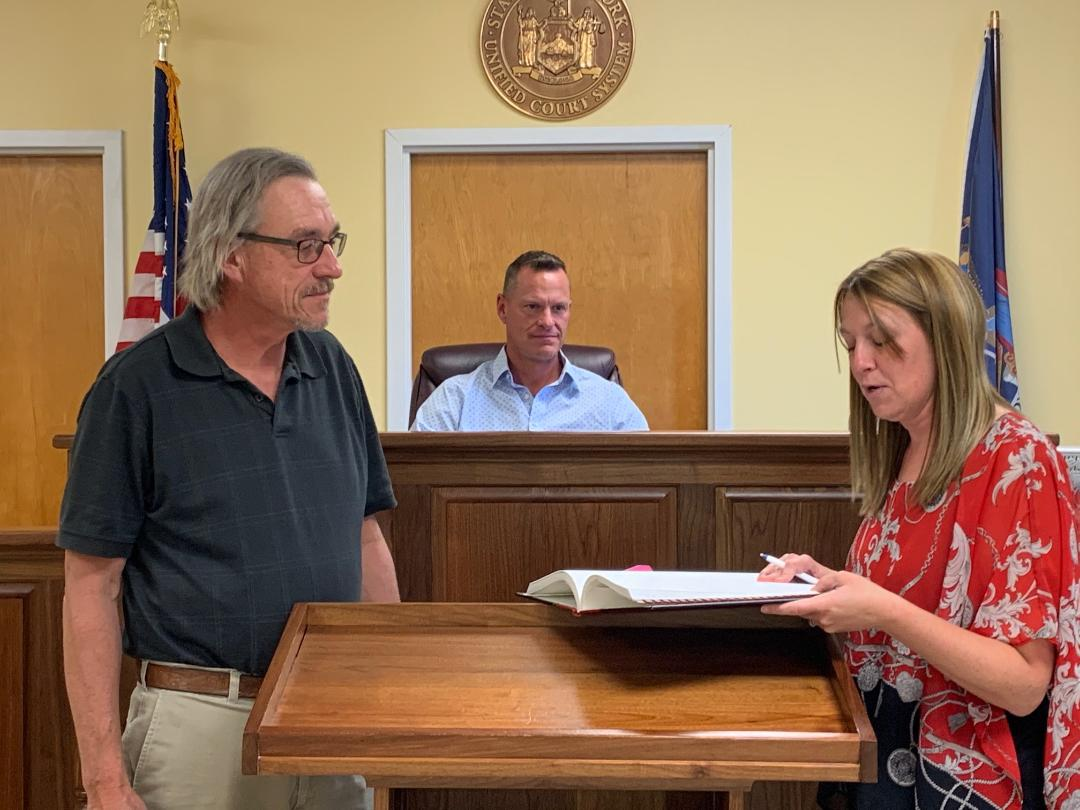 BEGWS Announced Closures for Gas Main Replacement
Bath Electric, Gas and Water Systems announces they will be replacing the gas main and services on Fowler Street, from East William Street to the end. To protect the public and workers, the street will be closed. Local access and access for emergency vehicles will be maintained during construction. The intersection of East William Street and Fowler Street will be closed for a short duration as the crew cuts the pavement and ties into to the existing gas main on East William Street. Work is scheduled to commence at the beginning of October, and will continue through the end of month.
Any questions can be directed to Bath Electric, Gas and Water Systems at (607) 776-2173, Option 2.

Steuben Sees COVID Spike with 27 Cases
Steuben County is now dealing with 27 active COVID-19 cases. An increase was reported after health officials announced yesterday afternoon that three new cases were confirmed. Two people from the City of Corning tested positive as did a person from Caton. Steuben has had a total of 369 cases since March. The investigations indicate two individuals are residents of Corning Center and one individual is an employee of Corning Center. Corning Center is testing all staff and residents to identify any cases that are still unknown to contain the spread. Public Health Director Darlene Smith says everyone must continue to do their part in helping slow the spread of the virus.

DOT Announces Route 36 Closure
The New York State Department of Transportation advises motorists to continue to expect lane closures along five miles of Route 36 in the Town of Canisteo, from the Village of Canisteo line to Rock Run Road. The work will continue through the end of month as crews work on a pavement rehabilitation project. Two-way traffic will be maintained on Route 36 with alternating single-lane closures and on-site flagging personnel. Motorists may experience delays during this time and are advised to seek an alternate route. No detours will be posted as part of the construction.

Low Census Participation Caused Loss of Districts in NY
The deadline for completing the 2020 Census form is September 30th, and state officials warn New York’s population is in danger of being undercounted. Democratic congressional candidate Tracy Mitrano called on district residents to turn in their forms, while claiming incumbent Republican Tom Reed did little to promote the effort. Participation in the 23rd Congressional District averages at 58.5 percent. Steuben County has a similar participation rate of 60 percent. In some counties in New York, less than half the residents have returned their census forms. “New York has been losing districts for the last 10 to 20 years,” said Mitrano. “We are probably poised to lose at least one if not two more districts because of these poor results.” She also said Congressman Reed needs to reach out to citizens to encourage participation and make sure the people in his district are going to get the services that they need—services that many of them have paid for with their taxes.