Second Robbery Suspect Arrested While Robinson Still at Large
Danielle Wright has been reported the second person arrested in connection to a July 25th home invasion on West Morris in the Village of Bath. Wright was charged with first degree robbery and first degree assault while being arrested on a warrant from Bath for failure to appear on criminal possession of a controlled substance and unlawful possession of a hypodermic instrument charges. Vincent Martilotti was arrested earlier this week on the same robbery and assault charges. He was remanded without bail and also faces felony charges for the sale of controlled substances. Robin Robinson is the third suspect in the home invasion who is still at-large. He is homeless and known to be in the Corning-Elmira area frequently Any information as to Robinson’s whereabouts should be forwarded to Investigator Taft at the Bath Police Department, 607-776-2175. 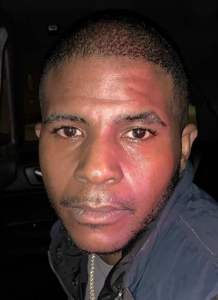 County Reaches Settlement with Transgender Inmate
A settlement between Steuben county and Jena Faith, a transgender woman that claimed she was discriminated against while an inmate at the county jail, was reached. The New York Civil Liberties Union announced the $60,000 settlement agreement following Faith’s lawsuit claiming while she was in the man’s facility at the Bath jail, she was subjected to sexual harassment, abuse and denial of her prescribed medication. Along with the monetary settlement, the county has also agreed to presumptively house people consistent with their gender identity, while ensuring access to clothing, toiletry items, grooming standards and medical care consistent with a person’s gender identity.

Southern Tier Food Bank Still Collecting Tour De Keuka Funds
The Food Bank of the Southern Tier held its annual charity bike ride, Tour de Keuka,  virtually for the first time amid the COVID-19 pandemic. This year, those in the community were challenged to set a goal to ride, run, or walk any distance, to raise funds for neighbors in need and this year, Food Bank Community Engagement Manager Katherine Strawser says there were about 75 participants. Strawser says the support of the community has helped raise funds for over 120,000 meals. The Food Bank says one in eight people in the Southern Tier struggles with hunger. Funds are being collected for Tour de Keuka through August 14 and you can click here to donate.

Sheriff’s Office Holds K9 Demonstration
Yesterday, the Steuben County Sheriffs office conducted a demonstration to present two K-9s donated to the program. Devin and Twiggy were donated by the Sergeant Devin Snyder Foundation, which was founded by the mother of Devin Snyder, a veteran who lost her life in Afghanistan who had a deep love for dogs. The presentation highlighted the Snyder Foundation donating K-9s Twiggy and Devin as well as the Kloeber family, who donated K-9 Knapp in memory of former Deputy Pete Knapp, and Steuben county legislatures. The Sheriff’s Office said they wanted to teach the community members facts about dog training they may have not known before such the dogs’ background and what dialect they understand.  The Sheriffs Office also said they are grateful to those who donated the dogs and hope to make both families proud with the work the K9s do.

Cuomo Says Schools Can Re-Open Next Month
During a conference call with reporters today, Governor Cuomo said schools across New York will be allowed to reopen next month as long as their plans were given the okay by the State Department of Health. Cuomo also said when it comes to reopening schools safely, if any state can do it, it’s New York. The Governor asked all school districts complete the tasks of submitting plans for testing, contact tracing and distance learning prior to reopening. Cuomo added schools do not have to bring students into their buildings but today’s decision authorizes them to do so if they are able.

Mitrano and Danks-Burke Call for Federal Environmental Support
Congressional candidate Tracy Mitrano and State Senate candidate Leslie Danks Burke joined yesterday in a call for awareness surrounding environmental concerns about local landfills outside the Hakes Construction landfill. Danks Burke, who is running for State Senate, and Mitrano who is running for Congress, said current political figures are putting their political interests above issues of public health, clean water, and local land quality as well as the need for federal funding to clean up sites.

NY AG Files Suit to Dissolve NRA
New York Attorney General Letitia James filed a lawsuit yesterday seeking to dissolve the National Rifle Association. Attorney General James charges the organization with illegal conduct, citing their diversion of millions of dollars away from the charitable mission of the organization for personal use by senior leadership. The suit also says the group was awarding contracts to the financial gain of close associates and family, and appearing to dole out lucrative no-show contracts to former employees to buy their silence and continue their  loyalty.The suit specifically charges the NRA as a whole, as well as Executive Vice-President Wayne LaPierre and three other NRA officials for failing to manage the NRA’s funds and failing to follow state and federal laws, contributing to the loss of over $64 million in just three years for the NRA. A copy of the complaint can be found here. Yesterday, the NRA also filed a suit in a federal court of New York and alleges Attorney General Letitia James “made the political prosecution of the NRA a central campaign theme” when she ran for the office two years ago, and since has not treated the association with fairness.