Corning Police are asking the public for help in identifying a suspect wanted for questioning in a burglary at a Bridge Street business in the early morning hours of June 13th.  The man is described as white with a medium build, some facial hair, and he possibly has a cut on his arm or hand.  He was reportedly wearing dark colored shorts and a black Boston Bruins t-shirt.  Anyone with information is asked to call the Corning Police Department at (607) 962-0340 EXT. 1500. 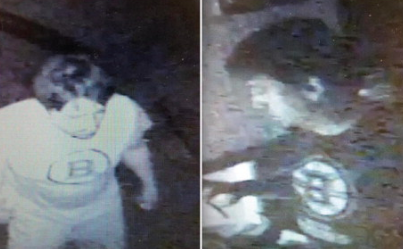 The Bath Police Department reports the arrest of 37-year-old Vincent Martilotti of Bath on indictment warrants for 2 counts of criminal sale of a controlled substance and 2 counts of criminal possession of a controlled substance.  The arrest comes after an investigation into reports of drug activity in close proximity to a daycare and elementary school.  Martilotti was taken directly to jail and will be arraigned in Steuben County Court at a later date.

A Hammondsport woman has been arrested following an incident at a residence in Urbana.  According to the Steuben County Sheriff’s Office, 46-year-old Kelly Harris intentionally caused physical injury to another person by means of a weapon or dangerous instrument.  She has been charged with assault and was held without bail.

A Hornell native has been named the Steuben County Deputy Manager.  Christopher Brewer was recently appointed by county Manager Jack Wheeler, with strong endorsements from county Legislature Chairman Joe Hauryski and the Legislature’s Administration Committee.  Brewer has a solid background in finance, having most recently served the community as Steuben Trust Company Vice-President and Commercial Loan Officer, setting in motion millions of dollars in commercial loans in Hornell, Bath, Canisteo, and Dansville.  Brewer also chairs the Regional Economic Development Energy Corporation, has worked closely with the Steuben County Industrial Development Agency, and was recently appointed to the St. Ann’s Academy board of directors.

The Steuben County Sheriff’s Office navigation patrol reports high water and debris in Keuka and Waneta Lakes due to heavy rains.  All boaters are cautioned that floating and hidden debris can be a hazard to navigation and boaters should be observant of floating tree limbs, branches, logs, and other debris.  Please remember that New York State Navigation Law on Keuka Lake decrees the boating speed limit to be no more than 5 mph within 200 feet of shore.  Obstructions are often floating or submerged near the shorelines.  Similar advisories have also been issued for Seneca and Canandaigua Lakes, and boaters are reminded that the 5 mph shoreline speed limit is within 100 feet on Seneca Lake.

The New York State Department of Transportation has announced that bridge joint replacement work will begin on State Route 352 over Interstate 86 near Exit 48 in East Corning on June 25th.  For the duration of the work, one lane of traffic will be maintained.  Work is anticipated to last approximately two weeks, weather permitting.  The DOT also announced that State Route 417 in the Town of Woodhull will be closed beginning June 25th to replace a culvert and make drainage improvements.  It will be closed between County Route 129 and County Route 81 east of the Hamlet of Woodhull.  Traffic will be detoured via County Routes 119, 21, and 102.  It will be open to local traffic, but will be impassable between County Route 129 and Harder Road.  Work is anticipated to approximately last one week.