Haverling Central School has found its new head football coach.  Matt Ford will step into the position left open when former coach Wayne Carroll left during the 2018 season.  Matt has been a part of the Haverling football program for 8 years, serving as the JV Head Coach and as one Carroll’s top assistants in the past.  He is also a middle school guidance counselor at Haverling.  Interim head coach Mark Rectenwald will be the defensive coordinator.  Carroll took a leave of absence in the middle of the 2018 season and resigned at the end of the year, citing health issues.  Carroll coached at Haverling for 27 years, starting in 1992.  WVIN/WABH Operations Manager Joel Oriend will have an in-depth, one-on-one interview with new head coach Matt Ford this Sunday morning on WABH during Best of Community Focus beginning at 9 a.m.  The interview will also be available after its initial airing online in the podcast galleries at wvinbath.com and 1380wabh.com. 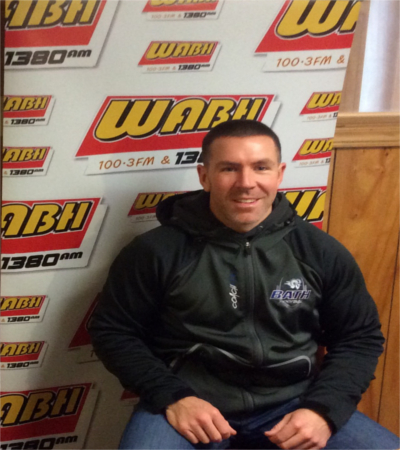 No injuries are reported in a fire in the Village of Bath over the weekend.  The fire started in a downstairs apartment at 51 West Steuben Street around 8 a.m. Saturday morning.  The Bath Volunteer Fire Department reports that before the arrival of fire units, a Bath Village Police officer entered the apartment and knocked down the majority of the fire with an extinguisher.  Officials say the fire was caused by cooking oil boiling over on the stove.

One person was injured in a motor vehicle accident Saturday evening in the Town of Bath.  According to the Bath Volunteer Fire Department, emergency responders were dispatched to County Route 10 shortly after 7 p.m. for a vehicle that had hit a guide cable to a power pole and continued over an embankment.  A Lifenet helicopter was requested.  The patient’s condition is unknown at this time.  The fire department reports all units were back in service by 8:40 p.m.

The National Weather Service has issued a winter weather advisory that takes effect at 7 p.m. this evening and lasts until 7 a.m. tomorrow for Steuben, Seneca, Schuyler, Southern Cayuga, Tompkins, Madison, Cortland, Onondaga, and Yates counties.  Mixed precipitation is expected with ice accumulations of a light glaze and snow accumulations of less than one inch.  Slippery road conditions should be expected with wind gusts bringing the possibility of downed tree branches leading to power outages.

A new law going into effect in New York State this year will require homes to upgrade their smoke detectors.  The law begins on April 1st and states that smoke detectors must either be a 10-year, sealed, non-removable battery or a hardwired detector.  The law also stipulates that businesses must sell these specific smoke detectors.

The Finger Lakes Chapter of the American Red Cross will hold an open house this month on January 22nd.  Attendees will be able to visit their new building, learn about what the Red Cross does, and hear about community volunteer opportunities.  It will be held from 2 to 4 p.m. at 11371 LPGA Drive in Corning.