State Police of Wayland need help identifying a person and vehicle in a suspicious incident at Jasper-Troupsburg Elementary School. On Thursday August 23rd at around 7:00am, a white male age 25-30 years of age operating a blue late model Subaru appeared to be taking cell phone video of the elementary school. The vehicle had New York license plates, with the front plate in the windshield of the vehicle. Anyone with information about this subject is asked to contact the State Police Criminal Investigation Unit in Wayland or Bath. 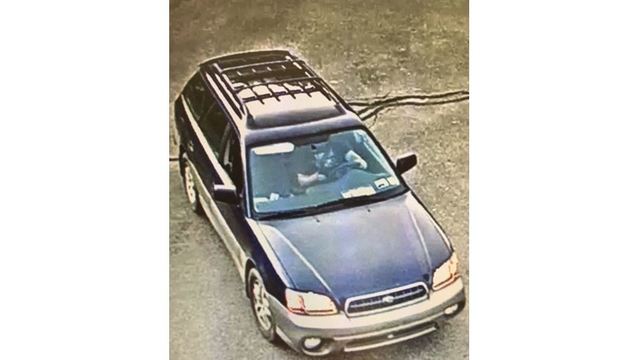 Steuben County Legislature to Accept State Aid for CPS On Monday, the Steuben County Legislature plans to accept $57,000 worth of state aid from the Office of Children & Family Services to help the county Department of Social Services Child Protective Services Unit offer enhanced staffing and support for investigations into reported allegations of child abuse and neglect. The Legislature’s agenda also includes adopting a county Fair Housing plan, applying for a state Community Development grant for low and moderate income homeowners, transferring $88,000 from the county contingency fund to the D.A. and more.

Mitrano Receives AFL-CIO Endorsement At its 2018 Committee on Political Education (COPE) Convention, the New York State AFL-CIO has endorsed Democratic candidate Tracy Mitrano for Congress. In a statement, Mitrano said she is “incredibly honored” to receive the endorsement from the organization, which represents interests of over 2.5 million people in New York. Mitrano also vowed to “be committed to advocating for strong unions, guaranteeing that economic opportunity is accessible to everyone willing to work for it and protections for our children, disabled and elderly are available.”

Cuomo Subpeonas Former Trump Lawyer Cohen Governor Cuomo’s administration has subpoenaed Trump’s former attorney Michael Cohen this week after suggestions he may have valuable information for state and federal prosecutors. New York State’s loophole makes it illegal to convict someone who has a presidential pardon, which Trump may give Cohen. Cuomo says he has made the move because: "I believe it would be an immediately impeachable offense because it really is an obstruction of justice." Cuomo’s fellow gubernatorial candidate Cynthia Nixon “fully supports” Cuomo’s motion to subpoena Cohen and believes the state loophole must be closed by the State Legislature. Cuomo has not indicated if he will call state legislators for a special session to accomplish this.

North Hornell Woman Arrested for DWI A North Hornell woman faces court action after she was arrested during a traffic stop in Hornellsville. Troopers report 47-year-old Tina McCourt was charged with felony driving while intoxicated. State police issued several traffic infractions including driving on the shoulder and failure to keep right.

Governor Signs Bill Protecting Pets In Evictions Legislation protecting pets from abandonment during an eviction was signed by the Governor this week, requiring officers who execute a warrant of eviction to check the property for pets and coordinate the safe removal of the pets with their evicted owners. Governor Cuomo says currently, the law does not distinguish the difference of animals and couches, which could result in animal abandonment. The newly-signed law improves oversight ensuring pets receive safety and care in event of eviction.