An investigation into a drug overdose on November 5th has resulted in the arrest of 24-year-old Jared Green of Hornell.  According to Hornell Police, Green allegedly sold heroin and other opiates, and officers say they recovered a large amount of heroin, suspected opiates, packaging material and a cellphone that allegedly belonged to Green.  Green is facing criminal possession and criminal sale charges, among others.  He was sent to the Steuben County Jail without bail.

Bench warrants have been issued by both Steuben and Chemung counties for suspected kidnapper and killer Curtis Burrows.  The 32-year-old from Pennsylvania is accused of attempting to kidnap a woman from a Corning parking lot last week, then stealing her vehicle and fleeing the scene before eventually shooting and killing a man in a home invasion in Big Flats.  Burrows is currently being held in the Tioga County Jail.  Steuben County District Attorney Brooks Baker said a bench warrant has been issued through the Corning City Police Department for attempted kidnapping, while Chemung County District Attorney Weeden Wetmore said a bench warrant for burglary has been submitted out of the Town of Big Flats.  Baker added that he “guarantees” it will go to the Steuben County Grand Jury.

The New York State Department of Corrections is urging the public to be on the look-out for a man convicted of first-degree rape who has escaped parole.  66-year-old Ronald Cook was last seen in Rome on Wednesday.  He reportedly cut off his GPS ankle bracelet.  Cook is described at 5’9” and 240 pounds with hazel eyes and gray hair.  He was last seen wearing a bright yellow windbreaker.  Cook is considered to be dangerous.  Anyone with information should call 911. 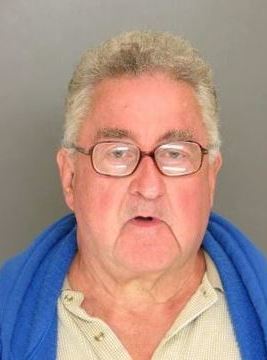 Astornio Not Running for NYS Governor:

bid, Rob Astorino has announced that that he will not be running for New York State Governor against Andrew Cuomo.  Astorino ran unsuccessfully against Cuomo in 2014, and said then that it wouldn’t be his last bid, but his campaign spokeswoman told the USA Today Network’s Albany Bureau that he won’t be running for governor, and that instead he’s “…going to work right now on a smooth transition….”

Steuben County TRIAD will be hosting Attorney Eric Charette, from Legal Assistance of Western New York at their meeting on Wednesday, November 15th at 10 a.m. at the Public Safety Building in Bath.  Legal Assistance of Western New York is a not-for-profit that provides access to the justice system to low-income people and other vulnerable populations with civil legal problems.  Attorney Charette provides legal services to older adult victims of abuse, neglect, and financial exploitation.  The presentation sponsored by Steuben County TRIAD will be free and open to the public.

Art for the Arc Event Raises More than $3,500 for Arc of Steuben:

The Arc of Steuben’s recent Art for the Arc event raised more than $3,500 for people with developmental and intellectual disabilities.  The silent auction was held on Friday, September 29th at the Glenn H. Curtiss Museum and showcased local artists and businesses, and featured a silent auction, live music, catering, and tastings.  Money raised also funds the Wish Upon an Arc Star program, which gives people once-in-a-lifetime opportunities.  Past wishes include family camping trips and a close encounter with dolphins at MarineLand.

Americanis celebrating its veterans this weekend, and as has become tradition, that includes numerous discounts at businesses nationwide, including some who will offer deals all weekend long.  To see a list of participating restaurants and businesses, you can visit https://militarybenefits.info/veterans-day-discounts-sales-deals-free-meals/ and https://militarybenefits.info/miscellaneous-discounts-veterans-day-deals-veterans/.

Next weekend 90 Bath-Haverling students will be participating in the 7th annual middle school show – Seussical Jr!  There will be two performances of the family friendly show – Friday, November 17th at 7 p.m. and Saturday, November 18th at 2 p.m.  Tickets are on sale now in the middle-school office.