Missing Broome County Man Could Have Been in Corning:

The Broome County Sheriff’s Office is investigating a missing persons case out of the Town of Union that may be tied to Corning.  According to the Sheriff’s Office, 27-year-old Kyle Lenga was last seen Thursday around 8:30 p.m. at a home in Union, which is about 8 miles west of Binghamton.  He reportedly sent a text message around 11:30 p.m. that night from Steuben County, in area of Corning.  Lenga has brown hair, hazel eyes, and multiple tattoos.  He is described as 5’10”, 165 pounds, and was driving a 2002 Toyota Corolla with New York plates HEX-5984.  Anyone with information is asked to contact the Broome County Sheriff’s Office at (607) 778-2053. 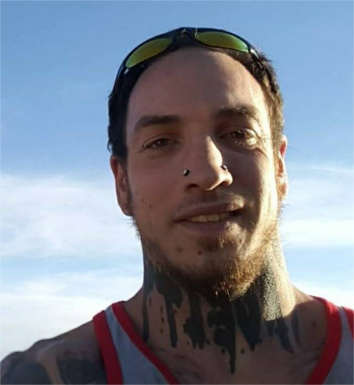 The New York State Police announce the arrest of 36-year-old Cedric Williams following an investigation into an alleged domestic disturbance in the Town of Wheeler.  It’s alleged that Williams, while in a vehicle in the area of County Route 8, engaged in a verbal and physical altercation with a female acquaintance.  Williams has been charged with strangulation, unlawful imprisonment, and harassment and he has been sent to the Steuben County Jail with no bail as a predicate felon.

A Hornell woman has been arrested for allegedly defrauding social services.  48-year-old Shawn Burroughs allegedly reported and filed with the Steuben County Department of Social Services multiple false applications and re-certifications to receive SNAP and Temporary Assistance dating back to 2013.  In September, a grand jury issued an indictment and a warrant was issued on charges of grand larceny, 24 counts of offering a false instrument, 30 counts of falsifying business records, 5 counts of welfare fraud in the 5th, and 2 counts of welfare fraud in the 4th.  Burroughs was arrested on September 29th and was released to appear at a later date.

An inmate of the Steuben County Jail has been arrested following investigation into an altercation that occurred inside the jail on September 26th.  29-year-old James Smith has been charged with assault for allegedly attacking another inmate.  Smith was arraigned in Town of Bath Court and was sent back to the jail without bail.

Controversy is swirling in Painted Post following the firing of now-former police chief, Dennis Mullen.  Mullen told WENY News Monday that village officials handed him paperwork earlier in the day, and reportedly told him that if he refused to sign he would be fired.  Mullen says he requested time to consult with legal counsel, but another qualified officer was interested in the position and so he was fired.  Village Mayor Ralph Foster has responded to the allegation, saying that the village reached out to Mullen on September 14th with the same paperwork, which contained three options for Mullen to choose from in regards to pay and pension.  The Mayor told WENY that he believes Mullen delayed the process by continuing to request more time to consult with his lawyer.  Foster said Monday was the last day of Mullen’s extension, and when Mullen requested yet more time, the village decided to fire him.

Looking to put the difficult few past years of the First Arena behind it and hoping for a brighter future, the Elmira City Council approved Monday a resolution to apply for a $5 million grant through the “Restore New York Communities Initiative.”  The money would, according to officials, go toward several aspects of the arena in need of repair, such as renovating the ice plant.  The grant is meant specifically for cities struggling with infrastructure issues, so local taxpayers are not expected to pay to address the ongoing arena concerns.

When the 11th Annual Southern Tier Outdoor Recreation and Sports Show takes place October 14th and 15th it will have a new venue, a Paralympian champion, and other added attractions.  The show will be held at the Steuben County Fairgrounds this year from 9 a.m. to 5 p.m. on Saturday, and 10 a.m. to 4 p.m. on Sunday.  This year’s festivities include special guest, Paralympics silver medal winner Matt Stutzman, who holds the current Guinness World Record for the “Longest Accurate Archery Shot” of 310 yards.  He’ll present his prowess with a bow and arrow at 11 a.m. and 1 p.m. both days.  Admission to this year’s Outdoor Show is $5 per person, or $10 per car.  As many as 7,000 visitors are expected to attend.

Hport Board of Ed. Meeting Tomorrow:

The Hammondsport Central School will hold a Board of Education Audit Committee Meeting tomorrow at 6 p.m. in the high school library.

The Steuben County Boys Basketball Officials, IAABO Board 156, is seeking new members for the upcoming season.  Anyone interested in becoming a boys basketball official should attend the first instructional meeting, to be held on Tuesday, October 10th at 7:00 at the Bath American Legion.  For more information, contact Tim Parke at (607) 280-6270.