The public is being asked by Elmira authorities to help in the search for a missing teenager whom they believe may be in danger.  17-year-old Allison Fletcher was last seen around 9:30 p.m. Saturday, September 9th at her supervised living facility on Hoffman Street.  She is described as 5 foot tall, 115 pounds, with blue eyes.  She has red hair that was dyed purple and platinum blonde, though she is known to change it regularly.  She’s known to wear plastic framed glasses.  Police are hoping to also identify the man posing in a photo with Fletcher.  Anyone with information should contact the Elmira Police Department. 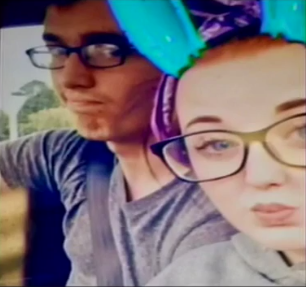 Felony Charges in I-86 Accident:

A Macedon woman is facing felony charges after an accident on I-86 in the Village of Savona.  On September 3rd, 29-year-old Jacquelyn Moore is alleged to have been intoxicated when her vehicle slid from the eastbound driving lane across the passing lane, the median, both westbound lanes, and a portion of the exit ramp before coming to a stop off the shoulder of the highway.  She was charged with aggravated DWI with a child in the vehicle, DWI Common Law – 2 prior convictions, and multiple traffic infractions.  Neither Moore nor the child in the vehicle was harmed in the accident.

After much uncertainty and concern, it seems the takeover by Upstate Niagara of the former Kraft-Heinz plant in Campbell is going well.  In fact, local officials say the company has exceeded expectations by retaining 258 people on its payroll as of September 1st.  Initially they pledged to retain at least 125, with modest growth expectations over the next few years.

Funding to Fight Opioids in NYS:

Governor Andrew Cuomo has announced funding to fight opioids across the state.  16 counties are set to receive $25 million that will add and expand addiction prevention, treatment, and recovery services in areas of greater need.  While Chemung County was among those included, Steuben was not.

The 5.7-mile road project on I-390 between the Towns of Wayland and Cohocton is finally complete, as the southbound travel lanes have been reopened.  The $20.1 million project restored a 40-year-old pavement section of the highway, improving its ride-ability and extending its life.  The State DOT used new and innovative paving techniques in the project which not only saved time, but an estimated $700,000 in costs, as well.  It was also environmentally sensitive, avoiding the disposal of more than 13,000 tons of old asphalt compared with traditional paving.

A Town Hall meeting will be held in Bath on September 27th, focusing on underage drinking among youth in Steuben County.  The program, hosted by the Steuben Prevention Coalition and the Steuben Task Force, will be open to the public.  It will be held at the Bath Haverling High School from 6 to 7:30 p.m.  Tomorrow, you can learn more about the upcoming program by joining WVIN’s Joel Oriend as he sits down with Jim Bassage and Rick McInroy of the Steuben Prevention Coalition and Steuben Task Force at 9 a.m. during Community Focus on AM 1380 WABH and 100.3 FM.