More Details in Case About Baby Left in Bag:

The Chemung County District Attorney’s Office has released more details in the case of the teenager accused of leaving a baby girl in a bag behind a house in Elmira.  They say the baby is eight months old, and was in the bag for approximately three days before being found.  According to Elmira Police, the suspect, 17-year-old Harriette Hoyt of Sayre, P.A., had a connection to the house, and that multiple neighbors identified her as the mother of the baby.  Hoyt was arraigned Wednesday morning and was sent to the Chemung County Jail on $250,000 cash bail.  District Attorney Weeden Wetmore says that Hoyt is eligible for youthful offender status.  Hoyt is currently facing an attempted murder charge; Wetmore said that other charges may be pending.  He plans to take the case to the Grand Jury as soon as possible.

One Injured in I-86 Accident:

One person was injured Wednesday afternoon in an accident on I-86.  The unidentified man was driving a motorcycle around 2:30 p.m. when he slammed into a trailer that unexpectedly separated from a tractor-trailer.  The man was taken to Robert Packer Hospital.  His condition and why the trailer disconnected are unknown at this time.

A reminder from the Village of Bath Street Department May Street from East Steuben to East Washington will be closed today, along with Freeman Terrace, for paving.

Over a thousand people briefly lost power in Corning Wednesday afternoon.  According to NYSEG, the issue was equipment failure with two circuits being lost.  Power was restored within an hour.

The swimming ban for the northern portion of Keuka Lake near Penn Yan has been lifted.  The NYS Department of Health has notified the beach operators for Indian Pines and Red Jacket that swimming areas can now be re-opened for public use. Swimming was restricted last Friday after blue-green algae blooms were observed.

Travelers heading through the Elmira-Corning Regional Airport are advised to arrive 20 minutes earlier than usual as construction has gotten underway on the new terminal revitalization project.  The $58 million project will expand the terminal and offer additional amenities and better traffic flow.  Open-air landscaped courtyards will be added along with extensive glass walls to create a sense of walking through the woods.  The airport will remain open during construction.  The project is set to be completed in October 2018. 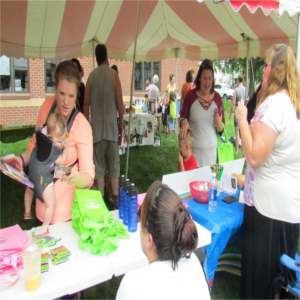 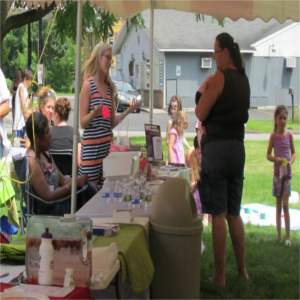 You might expect to find them in some remote part of the Alaskan wilderness, but there’s a long history of seaplanes and flying boats on Keuka Lake which can be traced all the way back to Hammondsport’s own “Father of Naval Aviation,” Glenn Curtiss.  In homage to this rich aviation heritage, two pilots have brought seaplanes back to the lake with Finger Lakes Seaplanes which offers rides off and over the breathtaking natural landmark.  This past spring, Hammondsport native Andy Sable and Cleveland native Bob Knill bought a Cessna 180 floatplane to start offering scenic tours of Keuka Lake and the surrounding areas.  The flights typically last from 30 to 60 minutes, and the pilots can pick you up right from your dock.  To learn more about Finger Lakes Seaplane, visit their website at https://www.fingerlakesseaplanes.com.