A fatal accident occurred during the Sunday overnight in Canisteo.  Authorities report that 36-year-old Colleen Harold of Hornell was found just after 6 a.m. Monday morning on County Route 108.  State Police believe she was unable to negotiate a curve in the roadway and her vehicle went down an embankment.

In a statement Monday, Congressman Tom Reed announced that he’ll oppose the Senate Healthcare bill if it doesn’t include Medicaid reform; specifically, the provision to shift the cost of Medicaid from local governments to the state, where he said “it belongs.”  Senators will vote this afternoon on a motion to proceed.  If it passes, the Senate will move on to vote on the healthcare bill.

Law enforcement now has another way to fight animal cruelty.  Governor Andrew Cuomo has signed legislation authorizing an eavesdropping or video surveillance warrant in cases of animal fighting.  The Governor said that such cases require multiple individuals to act in concert, using telephones and web-based communication and this legislation will “give law enforcement new powers to crack down on these rings, protect animals from harm, and bring these criminals to justice.”

Route 17, in both directions, from Nichols to Owego is still closed this morning due to bridge damage from flooding, according to State Police.  Eastbound traffic will take Exit 62 and return onto Exit 63.  Westbound traffic will take Exit 63 and return at Exit 62.  The state Department of Transportation has sent 39 staff, including two bridge inspection teams, two engineers, and 31 highway maintenance staff, in response to the flash flooding.

Senator Kirsten Gillibrand and Congressman Tom Reed were in Watkins Glen Monday afternoon at Lakeside Park and Pavilion announcing a push to make the Finger Lakes a National Heritage Area.  Congress chooses National Heritage Areas which includes the likes of the Smoky Mountains and Niagara Falls.  Gillibrand introduced legislation authorizing the National Parks Service to conduct a feasibility study that she says would be done by end of 2017.

An unusual resident for New York State has been spotted in Broome County.  The Department of Environmental Conservation is taking seriously reports of an alligator spotted in the area of Whitney Point.  Town Mayor Ryan Reynolds said that the alligator was first spotted about 2-months ago, and then again on Saturday when a photo was taken.  The DEC indicated Monday that it had been seen a third time.   According to the DEC alligators aren’t unheard of in New York, but they are rare.  They believe the animal might once have been a pet that was let go. 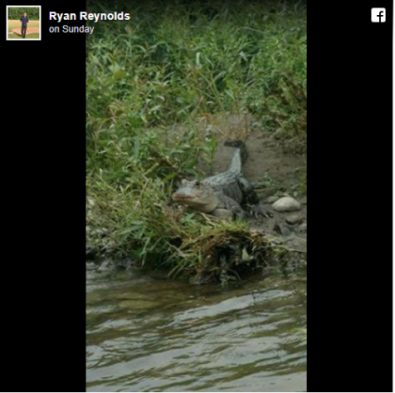