A six month investigation into multiple residential burglaries in the Towns of Woodhull, Troupsburg, and Jasper has resulted in multiple charges against three people, and the recovery of a large quantity of stolen property, according to the New York State Police.  Troopers from Hornell and Wayland have charged 27-year-old Zachary Barber of Westfield, Pennsylvania, 23-year-old Christopher Sutton of Cameron Mills, and 45-year-old Mark Walton of Jasper each with Burglary.  Barber was also charged with criminal possession of a weapon and petit larceny.  Walton was also charged with criminal possession of a weapon.  All three were arraigned and sent to the Steuben County Jail on $20,000 cash bail.  Authorities say the investigation is ongoing and additional arrests are pending.

The State Police of Painted Post are asking for the public’s help in locating a person they say stole from the Walmart in Erwin.  Police say the subject entered the store in the early morning hours of May 30th and left without paying for merchandise.  Anyone with information is asked to call the NYSP at 962-6865. 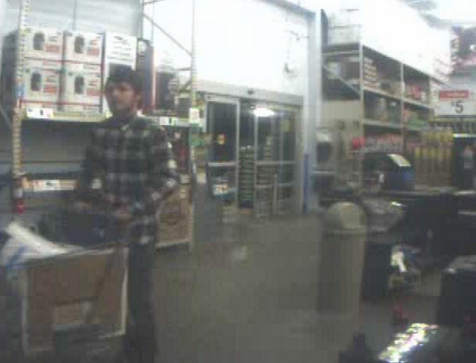 Despite the fact that the U.S. economy added less jobs that expected in May, the unemployment rate still dropped to 4.3 percent, its lowest level since May 2001.  138,000 jobs were added last month, bringing the total added so far this year to 810,000.  It’s expected as a result that the Federal Reserve will raise interest rates later this month, as officials indicated last week that they would do so if the economy stayed on track.

and Allegany counties reclaim funds owed to them by New York State.   If you were unable to make it the event on Friday, DiNapoli reminds residents that there is no time limit on how long you have to collect, as he pointed out that his office is still in possession of money from the 1940s and 50s.  You can see if you have money coming by visiting https://www.osc.state.ny.us and searching under the unclaimed funds link.

Representative Tom Reed once again faced contentious crowds as he held several town halls over the weekend.  Spectrum News reports that in Geneva attendees held signs reading “save the earth” and “don’t take away our care.”  At the White Springs Fire Department, Reed was shouted down several times as he was questioned about healthcare and President Trump’s decision to pull out of the Paris Climate Accord.  Reed says he will continue to keep up the dialogue with his constituents.