The deadline for the closure of the Kraft-Heinz plant in Campbell has been extended once again.  Officials previously announced that the facility would be closed by June, but it has now been pushed to August 23rd.  Local and federal lawmakers have been working with Kraft-Heinz to save the plant since its closure was announced in 2015.  If a buyer isn’t found some 330 people would be without jobs.

The man who pleaded guilty to setting fire to the Nativity scene at Wisner Park in Elmira in December has been sentenced.  Daniel Peterson-Green will serve one-year in county jail.  After the nativity scene was destroyed, a local family donated a temporary replacement.  City leaders hope to have a permanent one in time for this holiday season.

Monday, Governor Andrew Cuomo announced that $10 million has been made available for communities that were impacted by the recent flooding along the coastline of Lake Ontario.  The money will support recovery efforts, including repairs to flood walls, roads, sidewalks, and culverts, as well as public water and sewer infrastructure.  Cuomo declared a State of Emergency in Cayuga, Jefferson, Monroe, Niagara, Orleans, Oswego, St. Lawrence, and Wayne counties earlier this month.

After reporting to an overdose last week, Elmira authorities are issuing a warning about narcotics they discovered disguised as the candy SweeTarts.  They believe it be tainted with some kind of opioid, like Heroin or Fentanyl, and they’re urging parents to talk to their children about eating or touching strange or unfamiliar candy.  The public is also reminded that in some cases, like Fentanyl, opioids can be absorbed through the skin or even just the smell of it can have a negative effect.  If you, or your child, finds strange candy, officials say not to touch it and to immediately contact authorities.  If you must remove it, make sure you’re wearing protective gloves. 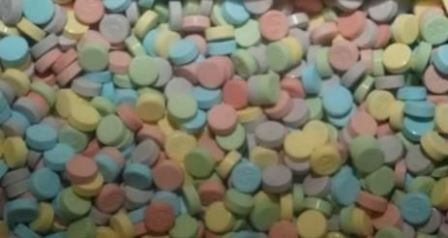 The Steuben County Community Opioid and Substance Abuse Forum will be held tonight from 5:30 to 7:30 p.m. in the Hornell High School Auditorium.  The county forum will feature a panel of county officials, physicians, and related agency representatives with information designed to assist addicts and their families locate services.

STOP-DWI Memorial Day, Click It or Ticket It Crackdown:

If you’re among the many planning to hit the road this Memorial Day weekend, be sure to do so safely.  Steuben County Sheriff Jim Allard announced Monday that Steuben County police agencies will participate in a special enforcement effort to crackdown on impaired driving.  The STOP-DWI crackdown will start May 26th and will end on May 30th.  Also, the New York State Police have teamed up with local law enforcement for a seat belt and child safety seat enforcement that is currently underway and runs through June 4th.

A woman with 27 years of experience working in the field of social services and child protection was honored Monday by the Steuben County Legislature and her colleagues with the 2017 Steuben County Prevention of Child Abuse Award.  Edna Kayes, the county Department of Social Services assistant director, was selected from a field of nominees by the county Child Abuse Prevention Task Force.  A child protective caseworker for 22 years, Kayes now oversees the department’s child protective and preventive units, managing the highest risk populations in the county, estimated at around 2,000.  She also participates in many child and family-related community activities during her non-work hours in both Steuben and Allegany counties.

A new time for the Bath Baby Café has been announced.  Steuben County Public Health Education Coordinator Lorelei Wagner said, beginning June 2nd, the free weekly program will be held from 9 to 10:30 a.m. every Friday at the Dormann Library.  The Baby Café is a free drop-in support program designed for pregnant women, breastfeeding mons, and all families.

Drivers in the Corning area are advised to expect some road closures this weekend for the eighth annual Glassfest, which kicks off at 5:30 p.m. Thursday with a glass ribbon cutting at the Corning Museum of Glass.  From 3 p.m. Friday through 6 p.m. Sunday the following streets will be closed:

Tioga Avenue from the Parking Garage to the entrance of the Bus Stop From 5 p.m. Friday through 8 p.m. Sunday

Aurene Lane from Cedar Street to Tarantelli Lane (open for emergency vehicles and deliveries only) From 6 p.m. Saturday through 8 p.m. Sunday:

Aurene Lane from Tarantelli Lane to Chestnut Street All streets listed above will remain closed to vehicular traffic overnight the two days of the event.

In preparation for the GlassFest 8K race, the following streets will be closed to vehicular traffic: