While the Thomas Clayton murder trial resumed as expected Thursday, it was only a matter of hours before it was abruptly adjourned for the day.  Sy Ray, the owner of ZetX, a company that maps cell phone data resumed the stand and showed the jury his software’s analysis of the activity of both Clayton’s and Michael Beard’s cell phones.  Then, just before noon, Judge Peter Bradstreet adjourned court due to a “matter of law” that needs to be addressed.  Court is expected to resume today at 9:30 a.m.

Roughly 100 people turned out Thursday night for Steuben County’s first Community Opioid and Substance Abuse Forum in Bath.  Attendees learned about the issues facing the community and were able to ask questions about how they can help loved ones who may be suffering with addiction.  Steuben County Sheriff Jim Allard said he was pleased with the turnout.  Organizers of the event say they would like to hold more discussions like the one last night in the future in different parts of the county.

When most people have the misfortune of getting stuck on the roadside, they expect a company like AAA to come to the rescue.  But one driver caught in Thursday’s severe snow storm had none other than the Governor of New York State come to help.  Photos show Andrew Cuomo hooking chains to the vehicle’s tires before assisting the driver in freeing the vehicle and getting back on the road.

It’s tax season, and that means it’s also tax scam season.  The IRS has issued a warning to be alert for tax preparers that promise inflated returns.  Officials say if a preparer promises an extremely large refund based on credits or benefits you’ve never claimed in the past, you should use caution.  Scammers may also file a false return in their client’s name, and the client doesn’t know that a refund was paid.  For more information and tips, visit the IRS website at https://irs.gov/.

GoFundMe for Family of Naples 6th Grader Killed by Flu:

Tributes are being made for a Naples 6th grader that has died from the flu.  Madeline Barton had been hospitalized in recent days, according to a GoFundMe page set up by a family friend.  She passed away on Wednesday.  Services will be held on Sunday at 3 p.m. at Trinity Federated Church, with a gathering at 2 p.m. in lieu of calling hours.    The GoFundMe page can be found at https://www.gofundme.com/medical-fund-for-madelyn-barton. 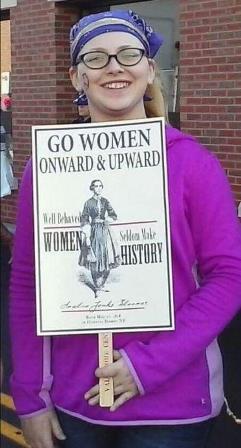 Thursday’s severe weather delayed the latest hearings on Governor Andrew Cuomo’s proposed state budget.  Lawmakers were expected to debate on housing; they will instead convene today.  On Monday a hearing on environmental conservation spending is scheduled.

The New York State Health Department is investigating the death of a man waiting in the emergency room at Cayuga Medical Center.  According to hospital officials the man was brought to the hospital by ambulance after he was found sleeping on the floor of a convenience store.  He was reportedly alert and communicating when he arrived, but was found dead in the waiting room two hours later.  Cayuga Medical Center president John Rudd said the man’s death followed “a series of breakdowns” in procedure.  He added that the hospital is fully cooperating with the investigation.  Officials say the travel nurse’s contract was terminated.