New York State Police are looking for a man suspected of stealing several “game cameras” from private property on Hallett Road in the Town of Cameron.  The cameras were reported missing in mid-October.  Anyone with information should call the New York State Police of Bath at 776-2136. 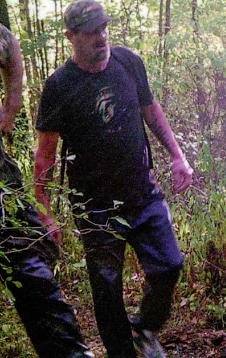 The criminal complaint filed against state Assemblyman Bill Nojay before he took his own life has now been unsealed.  The paperwork states that Nojay was accused by the FBI of wire fraud, for diverting $800,000 from an escrow account that he managed for his own personal benefit between September 2009 and April 2013.  The money was allegedly hidden in his campaign funds, entities he was investing in, his children, and a car dealer.  Some of it was allegedly used to pay property taxes on his residence.  Nojay committed suicide the day after the complaint was filed.

Cameras to be Barred from Clayton Trial:

Citing the “sensitive nature” of the case, a judge has ruled that cameras will not be allowed in the courtroom during the trial of Thomas Clayton.  Elmira’s Star-Gazette had made a request for audio and visual coverage of the trial, but the judge is concerned about the impact on family and witnesses, and the possible interference of the fair administration of justice and a fair trial.  The document also cites the “relatively small courtroom” and the amount of equipment necessary as another factor.  A similar request was also denied in the October trial of Michael Beard.  Clayton is charged with first- and second-degree murder and is accused of hiring Beard to kill his wife Kelley Clayton in September of 2015.  His trial is set to begin on January 9th.  Beard was convicted on November 4th and faces a maximum sentence of life in prison without parole when he’s sentenced on January 30th.  A third man, Mark Blandford of Elmira, is charged with second-degree murder, burglary, and conspiracy.

Proving what comes around goes around, the 2016 recipient of the Steuben County Legislature’s annual festive fruitcake giveaway on Monday was county Deputy Manager Mitch Alger.  Alger is, of course, the son of former county Manager Mark Alger, who instigated the tradition back in 1991.  In other, less festive, action Monday, legislators reappointed the county Board of Elections Commissioners for two-year terms, confirmed the appointment of Nathan Alderman as county Personnel Officer for an unexpired six-year term, and approved a $20 disposal fee for “e-waste” at the county landfill.

Steuben County Sheriff David Cole was honored by the county Legislature Monday for his 41 years of service and commitment to the community as he prepares for his upcoming retirement.  Cole worked for the state police for 25 years, served as Steuben County Undersheriff for 13 years, and was elected Sheriff four years ago.  Cole will officially retire on December 31st, and Sheriff-elect Jim Allard will be sworn into office in January.  Of his successor, Cole said Allard “has a lot of great ideas,” and called him “a real smart guy.”

Donation’s to Venison Food Bank Up:

Good news for those who rely on the Food Bank of the Southern Tier and the venison donation program.  According to officials, this year’s program is up from last year by about 40 pounds to 6,690 total pounds of donated venison.  The venison is distributed via the Food Bank’s partnerships with various food pantries throughout the Southern Tier.  There’s still time for hunters to donate – and it’s important to note that both the receiving and processing of the venison is free – just contact the Food Bank at (607) 769-6061.

All good things must come to an end, they say, and that includes the lowered price on First Class postage stamps.  A spokesperson for the New York Postal Service confirmed to Finger Lakes Daily News that the cost of a first class stamp will be returning to 49 cents, after being lowered to 47 cents last year.  Expect the price to take effect on January 22nd.

The official start of the Winter season isn’t until tomorrow, and yet the 2016 snowfall for the Finger Lakes region has already surpassed where it was at the same time last year, and could in fact exceed last year’s total snowfall.  The seasonal average, to this point, is 19.7 inches; already in 2016 the Finger Lakes has seen 40 inches.  The total for 2015 was 63.7 inches.